During the second half of 2020 the Office of the Technical Regulator investigated three work related fatalities involving licensed electrical workers performing their normal daily occupational duties. Our observations and tests carried out at each incident found evidence and conditions that were consistent with a person receiving a fatal electrical shock.

When these incidents involve an electrical worker, it has an emotional impact with the OTR’s investigating officers.

All the incidents had similarities where each electrical worker either chose to work live or did not effectively confirm positive electrical isolation. In addition to not positively isolating the supply, other contributing factors included inadequate PPE, inappropriate or non-insulated tools, confined working conditions and the incorrect function selected on a digital multimeter.

It is also significant to point out that no RCDs were installed on the circuits involved. Whilst they were not required at the time of the original installation, the risk of electric shock would have been significantly reduced. However, RCDs are not recognised as a sole means of basic protection therefore when working on or around live equipment RCDs must not be relied upon or substituted for isolation or other effective methods of protection. 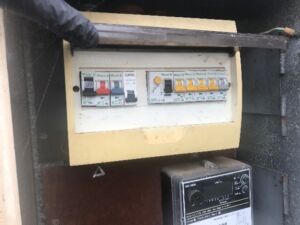 Working in confined locations particularly within roof spaces, without isolating the electrical supply or following safe work practices is risky and can expose oneself to unforeseen dangers. This could be existing unsafe wiring or just simply losing your balance and inadvertently coming into contact with a live part you are working on. The potential of electric shock is somewhat further increased if a return path through conductive earthed components is in the vicinity of the working area. 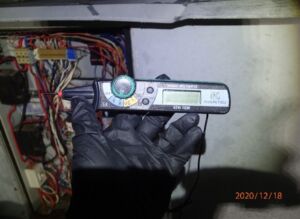 This situation reiterates the importance of positive isolation by proving the correct operation of meters on a known source before use and being familiar with the functional selections on the meter. During this investigation the multimeter onsite was found to be set on the Volts DC range, which when testing for AC voltages would have presented a misleading reading to the victim. There will be circumstances where working on or in the proximity of live conductors is necessary or unavoidable therefore under the Electricity Regulations it is essential to have suitable protection from live parts in particular appropriate PPE, barriers and the use of suitable equipment and insulated tools. Additionally, when undertaking work that involves danger of direct contact with live conductors, it is crucial that safe work practices are applied such as carrying out work with a competent assistant who is and suitably trained in rescue and resuscitation.

All these tragic incidents had one underlining contributing factor – complacency. It is an extremely dangerous mindset when working, particularly when performing electrical work. Routine repetitive tasks, overconfidence and being disengaged from the task can send you into “auto pilot”. Furthermore, unreasonable demands and conditions issued by clients and employers can place additional pressure on workers. This can lead to poor decision making and taking short cuts and/or unnecessary risks which can have devastating consequences.