Vince served on the MEAQ Council for 13 years and overcame a life-threatening medical concern while dedicating his life to the electrical industry. Our Association has gone from strength to strength thanks to the commitment of many hardworking and passionate individuals and Vince Whelan is certainly one of those!

Vince’s positive mindset saw him recover from a brain haemorrhage in 2009, but this didn’t slow him down. Vince went went on to serve another decade on the council, including a stint as the Senior Vice President until he retired in August 2020.

When Vince took over Whelan Electrical Services from his father Kev in August 2000 the business had already been in operation on Queensland’s Sunshine Coast for 28 years.

Vince’s career took him from working on domestic appliances, to the highlands of Papua New Guinea, to an associate diploma of electrical engineering, designing switchboards for sewage plants.

In the early years, the company was like dozens of other small electrical contractors – competing for domestic work and repairing appliances, but Whelan Electrical Services eventually transitioned to industrial pumping projects and became the only company on the Sunshine Coast that manufactured switchboards to control pumps.

Kev Whelan was an Electrical Contractors Association of Queensland council member for four years and was named an MEA Life Member in 2003. For Vince, being recognised with the same recognition his father was a special moment. “Dad was really a mentor for me, so it is special to be named a Life Member like he was,” he said.

“He decided at an early stage in the business that he didn’t want to wire houses like most people were doing and wanted something with some infrastructure.”

It was a move Vince followed and took his career from working on major projects ranging from sewage plants, to gold mines in the Papua New Guinean highlands.

That trip included months spent living in a demountable while working on a processing plant.

“That was a real eye opener for me,” he said.

“We had guards come every night, but they would always come with different weapons. One night it would be a shovel, the next a cricket bat. We even made a game of guessing what they would be coming with that night.”

“I remember being just shell shocked when I came back to suburbia. It was such a difference after living in a demountable in such a remote part of the world for months.” 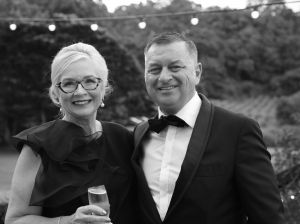 It did not help that Vince had met Maree, the woman who he would marry, just weeks early. “I told her not to get too attached because I was leaving for PNG in a few weeks,” he said.

Instead they ended up married and have spent decades together. Maree worked in administration for Whelan Electrical for years.

“I actually loved going to work every day,” she said.

“But I am loving retirement. It was the right time for us to move on and we are really happy about the decision we’ve made.”

After working as an electrician for two decades, Vince hit the books, earning an associate diploma in electrical engineering so the company could compete in more complex projects. He learnt how to use computers and design software to draw up switchboards.

Maree said Vince had dedicated his life to bettering the industry.

“He deserves this,” she said. Vince joined the MEAQ Council in 2006 and was serving there for three years before he was diagnosed with a brain haemorrhage.

“We are so thankful for the staff we had. They were running the business themselves while Vince was learning to walk again,” Maree said.

Vince said when he returned to Council meetings, he found many members did not expect he would ever return.

Instead Vince recovered and went on to serve a total of 13 years on the council, including time as the Senior Vice President.

While Vince has hung up the tool belt and sold Whelan Electrical he is not ready to entirely stop working. He said he was excited to stay involved in the industry in some form and take part in some charity work. He and Maree had planned regular international travel but the coronavirus pandemic put a hold on that. “We had plans to go to Europe every couple of years. But Maree tells me we won’t be going there until there is a coronavirus vaccine that is proven,” he said.

While the Whelans are waiting for vaccine before they make their trek to Europe, they plan on spending time with their three daughters.

Master Electricians Australia would like to wish Vince and Maree all the best.

Not yet a member of Master Electricians Australia?

MEA members have unlimited access to our workplace relations, safety and technical advice hotline plus exclusive savings and tools to improve your business performance.